The majority of our choir members live in Barry and Sully. The choir performs the standard classical repertoire as well as singing more contemporary works including Musical Theatre, Rock and Gospel.

We are currently looking for singers to join us and get involved with our choir. Barry Community Choir is open to men and women of all ages, no experience or intimidating audition is required and everyone is welcome. We rehearse popular songs and there’s no requirement to read music.

Our choir is all about singing with others, meeting new people and performing in public. If you are interested we’d love you to be part of our choir. A few of our members have put pen to paper as to why they joined, plus there’s also a few memories thrown in to. 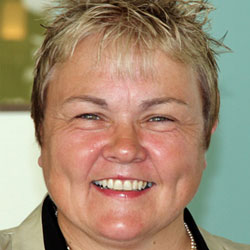 I joined Barry Community Choir when Emma had taken over the role as musical director. I was asked when I was student at Leeds college of music to be the accompanist of the Huddersfield choral society, but missed Wales and didn't take up the position. Many years later, I was asked to be the accompanist of the choir and enjoyed the camaraderie of the group and thoroughly enjoyed working with Emma.

Music has enriched my life, especially the wonderful friends you make and performing the music. I love the music we perform and would be blissfully happy if we could tackle the great works of the masters with more choristers. So come on you potential people out there, you could have your lives enriched also by joining the choir. 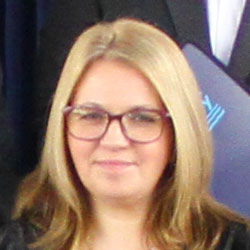 My husband and I were looking for an activity we could do together in order to take time out from our busy lives and have some fun. I suggested ballroom dancing at first but my husband was not keen on that idea at all. I eventually gave him the choice between dancing and singing and he thought that singing would be the less embarrassing of the two.

He was very reluctant to take the plunge and I literally dragged him to our first rehearsal. After a few weeks we were both hooked, that's over two years ago now. We both work full time and have busy lives with our children so it's nice to take two hours out a week to sing and get away from it all. It's therapy!! 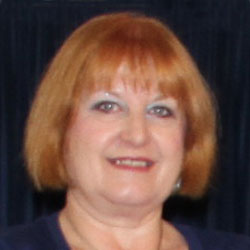 One of our past conductors had a friend in the Bournemouth area who had connections with a music group there. In an attempt to forge links with musical groups elsewhere, a concert was arranged in Bournemouth, jointly with the group. The idea was that they would come to Barry and do a joint concert with us in due course. A member of the choir did some sterling work in arranging a coach and excellent accommodation for the trip.

We had a very pleasant journey to Bournemouth, despite a slight compass error in Bath, where the driver missed the turning. The weather was fine and the company good. We had a good rehearsal in a suburban church and then went off to find our hotels, near the town centre. We even had a little time to look around before going back for the concert. 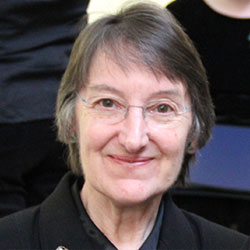 I have recently moved to Barry and needed to feel I belonged. Seeing the advert in the Barry Gem and taking the plunge to go to a rehearsal has been the best thing I could have done. Everyone is so friendly and I have had such fun since joining. I have only been coming for six months but already I feel part of the community.

Come along and join the fun. 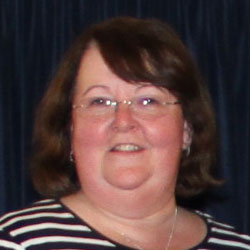 I love coming to rehearsals - there is a wonderful sense of camaraderie and shared learning. It's a real team effort, starting from scratch and ending with the performance, and that's when it really comes to life.

When a group of people come together in song it really is magical. There is a part of you that is totally uplifted when you are surrounded by such beauty and harmony - and you are part of it! When you realise that the audience is feeling it too, there really is nothing else quite like it.

When you sing with a choir you are part of something that takes you out of yourself to a place where you can help make some magic! 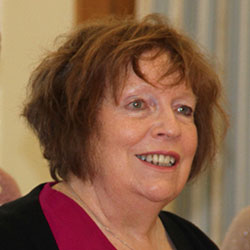 Having been brought up in Rhymney the tradition of singing was part of our heritage. I attended a Welsh Chapel, which held lots of Gymanfas with practices on a Sunday evening after the service, my mother was a member of a Choir, my father had a beautiful tenor voice, lots of family members with great voices.

We moved to Barry in December 1970, had our first daughter Sara in December 1971 and Llinos in December 1974. Hurrah! Time for me to join a choir. I attended Barry Choral Society’s summer concert in 1975. I liked what I heard and joined the choir in the September. Wow!!! That is some time ago.

I was very quiet in those days and was very pleased when Margaret Colley took me under her wing. Loved my years in Barry Choral Society and hope to have some years in Barry Community Choir. 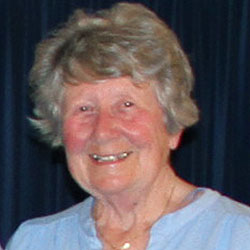 I joined B.C.C in about 1989 when the choir the I belonged to failed. I have enjoyed immensely the time I have been a member. We are a very friendly choir and singing together is a good way to relax after a busy and frustrating day. 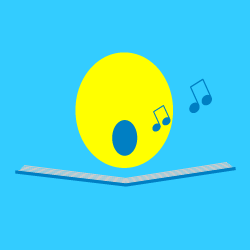 I can remember at least two soloists hired by the choir in the 1980s who went on to become well known. One soprano, from New Zealand, went on to represent her country in Cardiff Singer of the World and another soprano is now a well-known interpreter of Wagner soprano roles.

My husband and I joined the choir soon after we moved to the area. We found details in a card index in Barry Library (shows how long ago this was).

Our first concert with the choir was Messiah in a chapel in Blackwood, which involved taking a coach to get there, a good way of getting to know people. 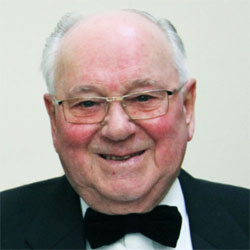 Members may be interested to know that my present wife, Audrey, who is unfortunately very poorly at present, hence my irregular attendance at rehearsals, joined the Choral Society with many others who were members of the 1968 National Eisteddfod Choir. Her Father, Uncle and Sister were also founders. When I moved to Barry in 1968 my late wife, Betty and later my son Alan and also for a short period my daughter Susan became members.

I attended a Concert conducted by Mr. Alec Chadwick in Holton Road Baptist Church, Barry some time later and was impressed with the performance but felt that the male sections were outnumbered by the ladies and I felt that perhaps I could be of some help and would enjoy taking part in singing the quality music in their repertoire.

As Audrey was a Maths Teacher and I was a Bank Manager we were appointed Joint Auditors to the Society so before our marriage we were partners in this duty and attended Treasurer Mel Hancock's House on Barry Island annually during our term of office.

For a number of years I held the post of Stage Manager for the Society which was quite a challenging task due to the numbers then in the Society and the need to hire and erect staging for Concerts. One of my memorable occasions when as President of the Rotary Club of Barry I arranged a major Concert in Barry Memorial Hall with the combined Choral Society and Barry Male Voice Choir in aid of Rotary's International Polio Plus Fund. We used the Theatre organ for some of the items and I arranged for an acoustic booth to be built to enable the combined Choirs which numbered over one hundred to sing from the stage area. Margaret Hughes was the Soprano soloist and Evelyn Careless accompanied on the grand piano. The Conductor was Douglas Baxter.

Most of all I always enjoyed the privilege of singing with the Choral and I shall always be grateful to the musicians who gave of their time and talents to lift my spirits and learn new musical works. It is sad that so many people do not realize the therapeutic value of singing in a good choir.

One Christmas concert it was decided it would be nice to have a candle lit section for two or three carols. However, concerns were expressed about using real candles, so a batch of battery operated electric candles was bought for the choir to use.

No-one tested them in advance, so it came as rather a surprise when they didn’t cast much light. In fact, they cast rings of light, some brighter than others, which didn’t make it easy to read the music. It was also a lot darker in the church than anticipated, and the only reason the conductor was at all visible was the fact that he was wearing a white dinner jacket However, the audience seemed to enjoy the concert.